NATIONAL POLICY ALLIANCE CANADA (NPA CANADA) IS THE ONLY NPA ORGANIZATION OR CHAPTER OF NPA USA THAT EXISTS AND OPERATES OUTSIDE OF THE UNITED STATES OF AMERICA. 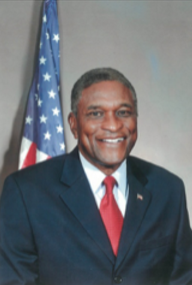 A native of the great State of Alabama, Johnny Lawrence Ford grew up in Tuskegee, Alabama, the home of Tuskegee University, “The Pride of The Swift-Growing South”, also the home of the famed Tuskegee Airmen. At the age of six he entered Washington Public Elementary School (named in honor of Dr. Booker T. Washington), and at17, he graduated from Tuskegee Institute High School in 1960. He attended Knoxville College, Knoxville, Tennessee, assisted by an academic and a football scholarship, and graduated in 1964 with a B.A. degree in history and sociology. He received a Masters of Public Administration degree from Auburn University at Montgomery. He has since received 5 honorary degrees including The Honorary Doctorate of Laws from Alabama A & M University in 2004.

Ford began his professional career as a Scout Executive in New York City, raising funds to support the Boy Scout Program, but that was interrupted when his friend Earl Graves (who later became the founder and publisher of Black Enterprise Magazine) invited Ford to join him as a staff member of Senator Robert Kennedy’s campaign for President. Ford’s work in 1968 with Kennedy to mobilize the minority vote was the beginning of his political career. After Kennedy’s assassination, Ford returned to Tuskegee to work as the Executive Coordinator of the Tuskegee Model Cities Program. In August, 1971, Ford was appointed by the then U.S. Attorney General Richard Kleindienst, and sworn in to serve as the State Supervisor of the Community Relations Alabama Office of the U.S. Department of Justice. On April 15, 1972, Ford resigned to run for mayor of Tuskegee.

Having been unsuccessful in returning to the office of mayor of Tuskegee in 2016, Ford, as Founder, in 1984, of the World Conference of Mayors, Inc. (WCM), now serves full time as its Secretary General. In that position, he continues to work with mayors, and former mayors, and other elected officials, throughout the United States, as well as with mayors and leaders in Africa, in the Caribbean, China, and in the Republic of China on Taiwan, to fulfill the WCM mission to promote Trust, Technology Transfer, Training, Trade, Tourism, Treasury, and Twin Cities, in the cities of mayors and other elected officials throughout the world. For example, while Ford was mayor, Banjul, The Gambia (the ancestral home of Alex Haley) was designated as the Tuskegee Sister City; therefore, he has worked closely with the country, The Gambia, for many years.

The Honorable Ford currently also serves as Founding President of the Historic Black Towns and Settlements Alliance, Inc. (HBTSA), founded as an alliance of 5 black towns that all received the benefit of support from Dr. Booker T. Washington. They are Tuskegee Institute, Alabama, Hobson City, Alabama, Eatonville, Florida, Mound Bayou, Mississippi, and Grambling, Louisiana. The organization is now expanding to include black towns and settlements throughout the country. The purpose of the Alliance is to promote tourism as a means of cultural and economic enrichment for these historic towns and settlements. He also currently serves as Chair of the National Black Leadership Commission on AIDS, Inc. (NBLCA).

The Honorable Ford was appointed by former Governor George Wallace to be the first African American to serve as a member of the Alabama Foreign Trade Advisory Commission. Ford was a founding member of the Alabama Municipal Electric Authority. He is a past President of the Alabama League of Municipalities, and the first African American in Alabama history to be elected to this statewide position. Furthermore, he has served as a former U.S. Presidential Appointee (President Ronald Regan) to both the National Advisory Committee on Federalism, and the Intergovernmental Policy Advisory Committee on Trade. He was reappointed to the Advisory Committee on Trade by President George W. Bush. This Committee, which has White House security clearance, advises the U.S. Trade Representative on International Trade Policies. When he was appointed, Ford was the only mayor serving on that committee. In 2019, an interview with the Honorable Mayor Ford was made a permanent part of the HistoryMakers Collection at the Library of Congress. On the HistoryMakers Digital Archive it will be accessible for research and teaching at 70 institutions.

He is married to the Honorable Judge Joyce London Alexander, Retired, Former Chief U. S. Magistrate Judge, of the District of Massachusetts. She was the First Female Chief United States Magistrate Judge in the USA. She is Past Chair of the Judicial Council of the National Bar Association (NBA-JC), and Past Chair of the Board of the Joint Center for Political and Economic Studies (Joint Center).

The Honorable Ford is the proud father of three adult children: John, Christopher, and Tiffany, and he has four grandchildren.

Why should your Black organization join NPAC?

NPA Canada and your Black organization shall assist Black people and our Black Community to circulate our dollar back into our Black Businesses thereby assisting our Black entrepreneurs the opportunity to assemble our own funds for the growth and expansion of our Black businesses; to create jobs for our the unemployed in our community and to assist young aspiring Black entrepreneurs by providing them the leadership, mentorship and financial resources to start their own business.  By circulating our dollar in our own business community first we shall acquire the expected economic development, as other communities have for decades, to build our own institutions which  shall enable us to work, prosper and collaborate in unity effectively.

Our Vision is successfully leading African Canadian and Canadian organizations at our NPA Canada national roundtable. 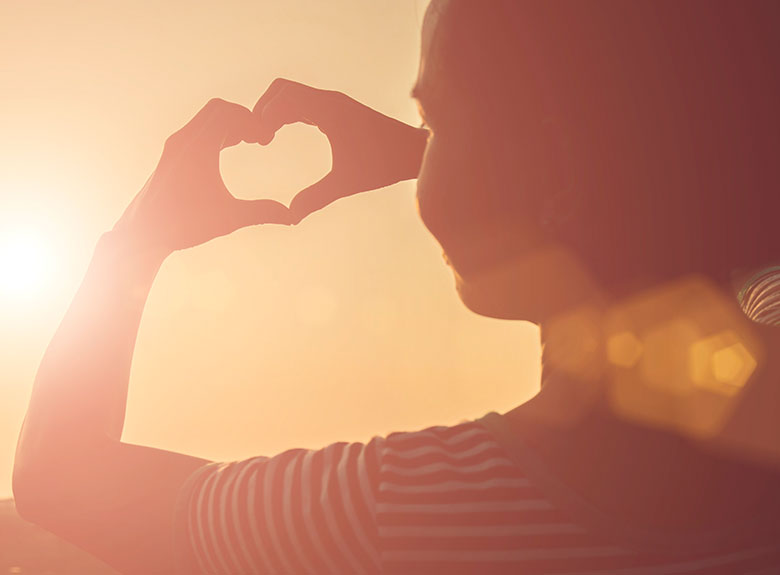 Our fundamental commitment is to organizational partnerships. When you put your piece forward, we stand behind you for your support. You will lead. But not alone. In time the idea you thought no one cared about could take flight with the exposure and support it will receive from NPA Canada and NPA United States, here in Canada; in the US and in time, internationally. In addition our older sister, the United States and our younger siblings, in Africa, the Caribbean and elsewhere will continue to benefit from the work that preceded them, and will have the comfort in knowledge that foundation was made for them and is therefore likely beneficial for them.

Charity, volunteer for better life and our smiles. 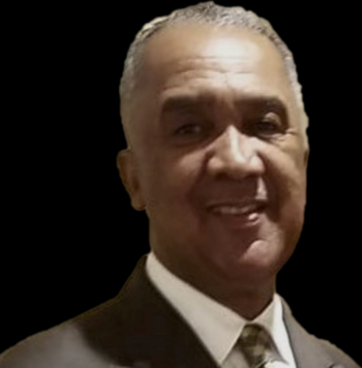 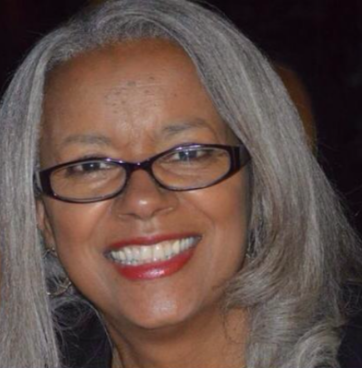 Executive Director, NPA USA Honorary Member of the Board of Directors, NPA Canada 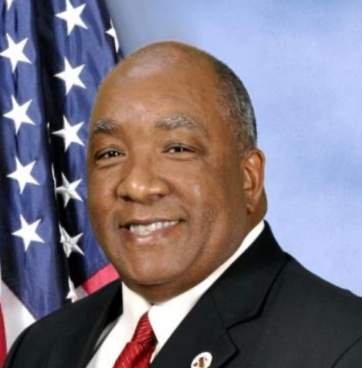 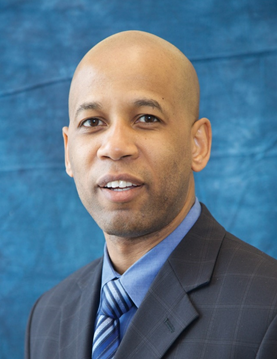 Pierre Tomiczek, CFP, CIM is a Certified Financial Planner (CFP) with Experior Financial Group Inc., a small business entrepreneur and an educator, who also teaches at both George Brown College and Humber College Business School. He is the “Tomiczek Financial Team”.

Pierre is a results-driven financial planning sales management professional with over 25 years of experience in the Canadian financial services industry, namely at Royal Bank of Canada (RBC) and the Canadian Imperial Bank of Commerce (CIBC).

He has also been teaching future financial planners for over 15-years at the collegial level and at various financial institutions in their journey to obtain the CFP designation.

Join your hand with us for a better life and beautiful future. Save The Life To Make The Better World

Our Mission is to work in unity & collaboration, improving the lives of all individuals and families in the African Canadian community. 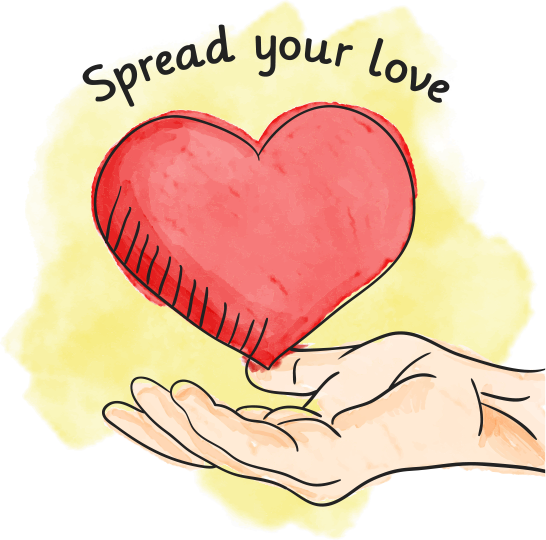 Join us as we strengthen our voice and invest wisely in our community.

The National Policy Alliance provides a platform for African Canadians, Canadian Organizations and their communities to unify and collaborate.
Request a free quote

First child dies of Ebola in new outbreak in Uganda

More than a quarter of a billion children better off today